The128th China Import and Export Fair, held from Oct 15 to 24, has attractedguests from 37 countries and regions to promote economic exchanges. 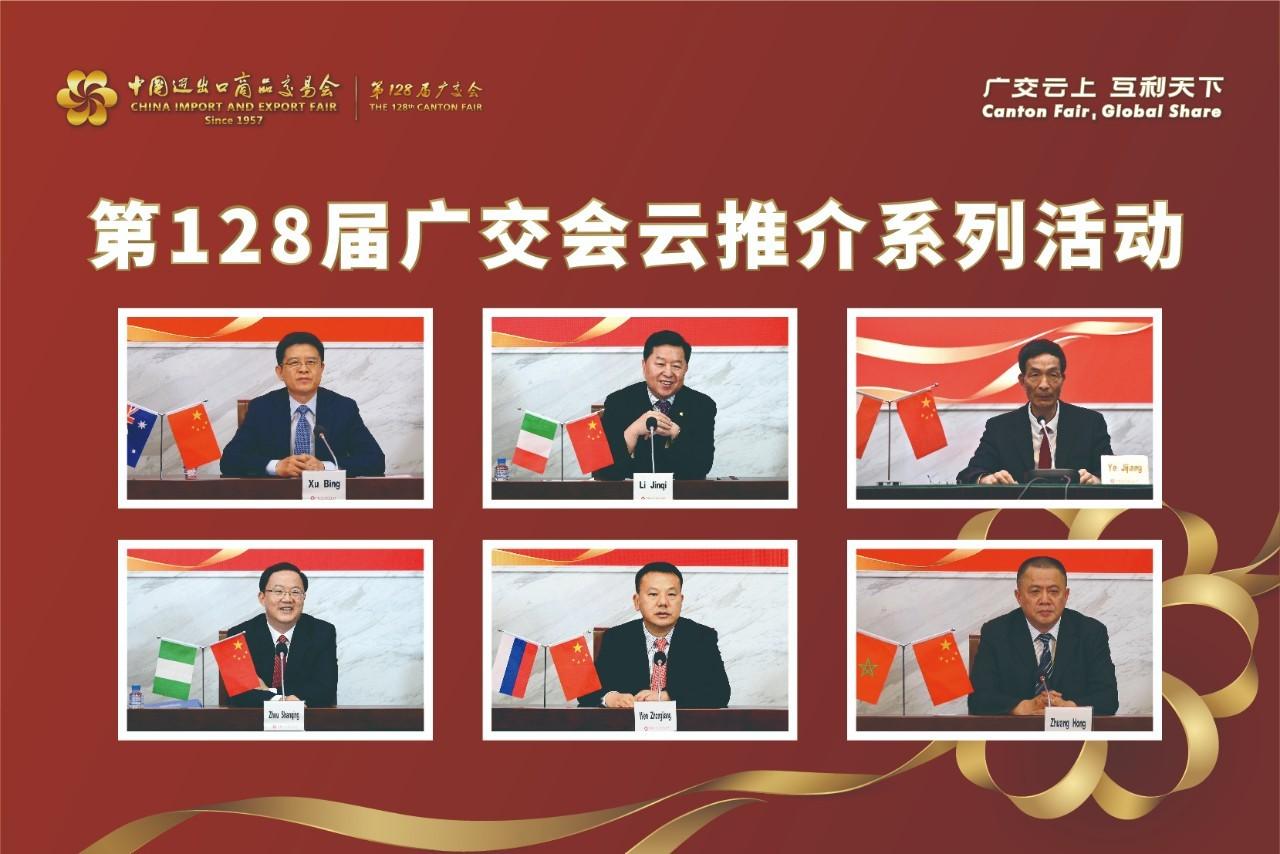 Alsoknown as the Canton Fair, its organizers have focused on channels and networksof the fair’s global partners and key business institutions in hosting 38online promotional events in 37 countries and regions.

Theevents are supported by embassies and consulates abroad and have attracted morethan 3,600 guests, including government officials, leaders of importantbusiness associations and representatives of the business communities.

Inaddition to connecting with the United States, the United Kingdom, Australia,Spain and other traditional developed countries, the online promotion eventshave been expanded to countries and regions involved in the Belt and RoadInitiative, Latin America, Africa and other emerging markets.

Nineteenonline promotional events were held in 18 countries involved in the Belt andRoad Initiative, including Russia and Malaysia.

Overseaspartners and business associations have supported the online promotion events,and foreign embassies and consulates have attached great importance to allevents of the Canton Fair, according to the fair organizers.

TheChina-Britain Business Council, the Roscongress Foundation, the Italy-ChinaChamber of Commerce, the Belgian-Chinese Economic and Commercial Council andother partner institutions have utilized their resources and channels topromote the Canton Fair and invited local buyers to participate in the event.

OuahibaBehloul, general director of the Algerian Chamber of Commerce and Industry,expressed her thanks to the Canton Fair in a video presentation for its beingheld during such a special period.

It willplay a positive role in the resumption of international economic and tradeexchanges, Behloul said. She added that Algerian businesspeople have activelyparticipated in the Canton Fair and the platform is a model of economic andtrade cooperation between the two countries.

A headof the China-Britain Business Council said the council has encouraged membercompanies to seize the opportunity to participate in the online Canton Fair tomeet more suppliers and expand in the international market.

In thisspecial period, the Canton Fair held online is of unique significance toresuming bilateral trade between China and the United States, she added.